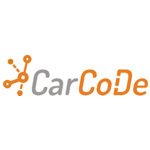 CISTER leads the ISEP participation in the European Project MANTIS. ISEP’s participation counts also with solid contributions from GECAD. CISTER’s Luis Lino Ferreira represented ISEP in the MANTIS kick-off meeting that was held in San Sebastian, on the 3rd and 4th of June. The meeting involved several project partners in a very intensive set of work sessions aimed at coordinating the activities. ISEP is part of a Portuguese consortium integrating INESC-TEC, UNINOVA and ADIRA.

In this project CISTER leads two work packages, one related to dissemination and another related to the development and integration of sensors into industrial equipment (development of sensors for maintenance, their communication protocols and middlewares). CISTER will also collaborate with the Portuguese consortium on an industrial pilot. 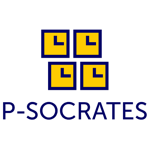 On May 4-6, Luis Miguel Pinho and Vincent Nelis, from CISTER, attended the second review meeting of P-SOCRATES, organised in Oslo, Norway, within the block review week, organized by the European Commission (CNECT A3) which brought together the “Advanced Computing project cluster”: the group of FP7 projects working in the area of Advanced Computing and financed by the European Commission under ICT Call 10. During the meeting the consortium presented the current status of his work, with the progress and results achieved so far. The overall feedback was that the P-SOCRATES project has successfully met all its objectives in developing individual software/analysis components, the integration of those components being the target for the next milestone next year. The official review report, received last week, provides very positive remarks, both on the technical outcomes of the period, as well as in the proactive and collaborative work of the project partners.

The CarCoDe project reached its completion in June 2015, and the partners of the project organized a final event in Castelo Branco, Portugal to discuss the final results internally, and to disseminate them to the general public. On June 2nd, the CarCoDe consortium held the General Assembly, attended by Michelle Albano from CISTER, which focused on preparing the final reports for the project, and setting up the workshop scheduled for the following day.

The workshop was attended by important actors in the Portuguese and international automotive industry and PAs, such as BMW, Toyota, the European Commission, Airbus, Portugal Telecom, Alcatel-Lucent, the Municipality of Castelo Branco, and Business Association of Beira Baixa. The workshop had media coverage by both the national television SIC, and the magazine Exame Informática. 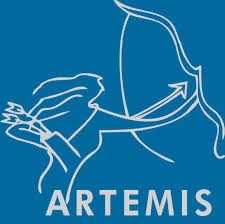 The Co-summit 2015 organized by ARTEMIS Joint Undertaking on embedded systems and ITEA, the EUREKA Cluster on software-intensive systems and services – counted about 700 participants from industry, academia, public authorities and press from all over Europe. This year's theme was: Smart Industry: Impact of Software Innovation.

During this event, Eduardo Tovar participated in the Artemis General Assembly and the election for the Artemis Steering Board as a candidate. Luis Miguel Pinho was invited to present a talk in the Speakers Corner on Mixed Criticality related to the actual status of the CISTER-lead European project P-SOCRATES. Geoffrey Nelissen represented CISTER in the CONCERTO booth and Luis Lino Ferreira was also representing CISTER in the CarCode and Arrowhead booths.
Finally, Luis Miguel Pinho and Luis Lino Ferreira, together with the ENCOURAGE project leader Arne Skou, received the achievement award for the successful finalization of the ENCOURAGE project.